Save CCSF Now Or Pay Later 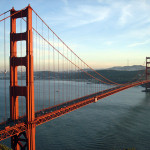 San Francisco wouldn’t risk the Golden Gate Bridge. Nor should it risk CCSF.

If the Golden Gate Bridge suddenly disappeared, would you notice? Of course you would. This iconic structure is a vital transportation link to the North Bay and the most famous symbol of our great city.

If our local community college vanishes next year, will you notice?

I know I will and so will 90,000 students as well as a multitude of teachers, administrators, businesses and support services that depend on City College of San Francisco (CCSF) for their livelihood.

As it stands right now, CCSF will lose its accreditation in 2014 and lose federal funding unless somebody does something quickly.

CCSF’s Impact on our Community

City College is sacred to me. I grew up overlooking the campus from my family home in Miraloma Park. I made up credits at CCSF between my first semester at St. Mary’s College and my remaining college years at Long Beach State.

So many of my friends attended City. My nephew played for the nine-time national champion CCSF Ram football team last year. In 2012 alone, CCSF sent 15 football players to Division I colleges, kids who probably never would have played college football had they not had the opportunity to be groomed at the junior college level. 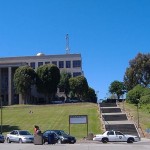 Walk into any restaurant downtown and chances are you’ll find a CCSF Culinary grad. Check out the nurses in your local hospitals.  Many are CCSF graduates. Our San Francisco Fire Department is filled with CCSF fire science graduates and teachers.

The Economic Consequences of Losing  CCSF

I cannot conceive how we could let this happen to City College. Its loss would devastate the West Side of San Francisco and leave hundreds of thousands of students, now and in the future, in its wake. Teachers and administrators will lose jobs, low and middle-income families will suffer and our local economy will take a major hit.

I’m still not clear on who the accreditation team answers to, despite the countless articles documenting CCSF’s woes.

Let’s demand that our federal representatives step in. If 90,000 people on Wall Street were about to be turned out, our leaders would have acted by now.

The citizens of San Francisco want City College to survive. We voted overwhelmingly to tax ourselves in the last election to save CCSF, something that rarely happens.

Contact Congresswomen Pelosi and Speier and Senators Feinstein and Boxer and ask them to take action and save CCSF from this looming disaster. If ever there was a time to stand up for a local issue, I’d say now is it.

Failure to act is not an option.

How To Become a Neighborhood Activist