What MLK Taught Us About Fear 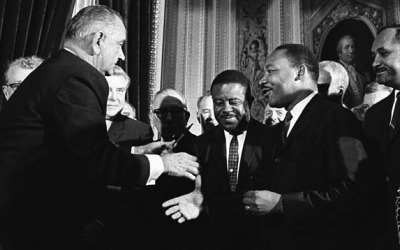 One of our greatest civil rights heroes, Dr. Martin Luther King, Jr. did not wait “for the right time” to lead his people to political and social freedom and equality.

He made it the right time with his bold vision and strategy of non-violent resistance. Dr. King fearlessly confronted both his oppressors and his skeptics…without any guarantees it would work.

Dr. King was not only exceptional, he was the exception.

Most of our elected leaders go along to get along. They don’t take stands because they’re afraid. They’re afraid they won’t get re-elected or advance to the next level of politics.

The same can be said about organized labor at times.

No Risk No Reward

Too few of us take chances. We get comfortable, myself included. We don’t want to risk our position, our salary, our benefits. And I get that. If you have a family to raise, a mortgage to pay – you have a lot to lose.

Why did Dr. King take chances?

If you have nothing to lose, it’s easier to take risks. Dr. King had his wife and young family, but he did not see a future for them without civil rights, particularly in America’s southern states.

Much of the activism and fearlessness in organized labor today comes from low- wage workers. Why? Like Dr. King, low-wage workers have less to lose.

Ironically, many unions lose their activists when they secure better contracts and lift their members into the middle class. Union members may feel reluctant to join a labor action when the personal sacrifice becomes too great. As a union leader, you set the example. When was the last time you walked a picket line?

Don’t get too comfortable. Rejection is part of a labor leader’s job description. “Lean into” your fears and demand more. If you get turned down, dust yourself off, pick yourself up and be open to new ideas.

UNITE HERE! Local 2 went three years without a contract with Centerplate, the San Francisco Giants’ concessionaire at AT&T Park. The stalemate affected some eight hundred workers. But Local 2 held strong. After a sustained Local 2 campaign that engaged the public at the ballpark and on social media. Centerplate finally agreed to wage increases, health care and improved pension benefits.

If we can take any lesson from Dr. Martin Luther King, Jr., it is this:

Be Fearless and Relentless. We Shall Overcome.

Why Labor Unions Ought to Develop More Leaders

Are You Brave Enough to Stand Up for Better Pay?