How to Manage Employer Disputes and Duplicity

Even after you’ve secured a contract with an employer, there are always a few executives you’ll find yourself negotiating with every week forward. 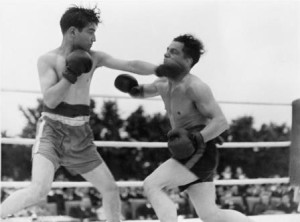 Don’t Turn Your Employer Dispute
Into a Boxing Match

Surprised? Some employers just have a history of not being honest and forthright. They’ll say one thing and then sneak behind your back and do it another way.

I’m not trying to make you paranoid. This is just a fact of life.

I’ve always considered it a good labor relations practice to have someone with you, a colleague or stakeholder from your side, during every conversation with an employer…even when you feel you can trust management.

Why? You want to make sure you heard the same thing.

You never want to put yourself at a disadvantage where it’s the employer’s word against yours. Having a witness to your conversation is one way you can protect yourself and your Union members in case the employer disputes your agreement.

If the conversation takes place over the phone, put the employer on speaker and let her know that your colleague is in the room listening. Be transparent regardless of how the employer behaves.

When the Employer Ignores the Contract

I had one CEO who was forever cherry picking our contract. For example, he’d enlist Union members for sound and lighting, but hire unrepresented labor to set up the stages, which violated the contract terms.

I’d file a grievance with the employer, but rarely would it go to arbitration because that would have cost him more money and he knew he’d lose. He kept up his cat and mouse game hoping that I wouldn’t notice.

Of course I did notice and watched him like a hawk. I visited the work site at least once a week and alerted the Steward to be on the lookout for contract violations.

As you can imagine, this consumes significant chunks of time, which this CEO understood. That’s why an experienced and loyal Steward is critical to enforcing your Union’s contract.

“A good Steward should be a patient listener, problem solver and amateur psychologist,” says Joe Toback, Business Representative for Sign and Display Union, Local 510. “He must be empathetic while representing the union well.”

That’s a tall order for anyone, but Toback isn’t quite finished.  A good Steward must also be “willing to sacrifice and have the courage to stand up to bullies” as well as “understand the bigger picture.”

You’ll also need that Steward when the employer claims that he’s cleared a contract modification with the office. A good Steward will know to check with the Union’s Business Representative first and make sure that the Rep approved the change, which frequently turns out to be untrue.

The Steward is living the contract you negotiated. She can tell you what works well and where language needs to be clarified when you go to renew. Your Steward provides insight into the employer’s motives for changing terms, which usually are driven by economics.

The Steward is the members’ eyes and ears on the job site. The employer can dismiss the Steward because he’s an employee, but he cannot fire an independent Union Representative.

Don’t Go It Alone With the Employer

As Union Representative and Negotiator, you bring a whole other level of protection, expertise and experience to the table that the Steward does not.

The best contracts are forged through partnerships, with your Stewards, your Union members and with the employer.

Don’t make a contract decision in a vacuum. Consult your Union members wisely and let them hear what you hear.

How To Grow Your Union Membership