How My Brother’s Passing Changed My Life 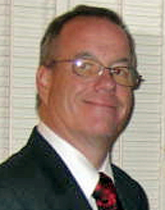 My life changed forever when my older brother John died. He was only 52, married, with two young children. John worked hard his entire adult life, most recently as a Business Agent for the Sprinkler Fitters Union.

Growing up in a strong labor union family, John and I and our eldest brother Joe, were among a handful of teenagers who understood what a pension meant. Our father negotiated contracts for a living and consistently stressed the value of having a good retirement plan.

Neither my father nor John ever got the chance to enjoy their pension. They both died prematurely of cancer.

How I Responded and Changed My Life

John’s death, in particular, hit me like a left hook to my jaw. I felt immensely sad losing my brother at such a young age and grieved over his lost moments with his children and wife.

I was four years younger than John, working about 60 hours a week. I enjoyed my job as leader of the Stagehands’ Labor Union (IATSE Local 16) in San Francisco, but also had other dreams.

Still, I’m not sure I would have changed anything in my career if I hadn’t experienced the pain of watching my brother’s life cut short.

In 2012, I ran for San Francisco Supervisor and lost by 132 votes. I also resigned my well-paid job as Business Manager at IATSE Local 16 in order to run for office. A lot of people thought I was crazy to do so. Of course, had I won, no one would have second-guessed my decision…including me.

But I’m glad I did. I learned a lot from my experience as a candidate and am learning more now as an organized labor and public affairs consultant.

I learned who I could count on and who I couldn’t, which was by turns heart-warming and gut-wrenching.

I left my comfort zone and knocked on strangers’ doors asking for votes. Now I ask people for business.

I met many neighbors and residents who I wouldn’t have known otherwise and have become reacquainted with folks I had not seen since childhood.

Most importantly, I reaffirmed my belief that nothing matters more to me than the family and friendships I have built throughout my life.

Some are messy. Some are uplifting. And some are surprising.

But for relationships to endure, they demand an investment of my time. Social media helps accelerate connections, but it does not take the place of a face-to-face lunch or an afternoon listening to a friend.

We all crave human connection. Sometimes we have to take risks to get what we need.