How BART Prepared for a Union Strike 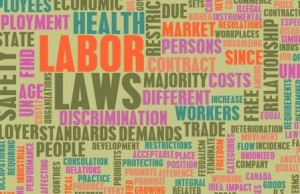 When two of the Bay Area Rapid Transit System‘s (BART) largest labor unions went on strike last week, BART management was prepared. There is a playbook on anticipating a crisis, and BART management has followed this to the “T.”

In the “Media Training Bible,” author and media relations expert Brad Phillips explains that the single best way to “win” a crisis with the media and in turn, the public, is to prepare for it well in advance. And from all appearances, that’s exactly what BART management has done.

When you’re running a major public transportation system, you need to prepare for crashes, earthquakes, terrorist attacks, and yes, strikes.

When you’re running a labor union, you prepare for a strike as a last resort. Believe me, union members do not want to walk off the job, lose pay and risk the wrath of the public. As a labor union leader, you do everything in your power to reach agreement with your employer and prevent this from happening.

But sometimes, it’s the only weapon left in the tool box.

In a sense, BART management has embraced this strike. They bet the farm that their well-oiled media campaign and high-priced labor negotiators and consultants would control the message and persuade the general public against BART workers.

BART management made weak proposals, which they knew their labor unions would not accept. Their last offer, a two percent increase over four years would result in a pay cut when combined with their other proposals. These included employee pension contributions and a new health insurance premium. Keep in mind that BART employees will not receive Social Security benefits.

The Bay Area’s major newspaper, the San Francisco Chronicle, has delivered BART management’s position on a silver platter to its readers while barely acknowledging organized labor’s point of view.

On Monday, July 8, Matier and Ross followed up with 13 paragraphs on BART employees’ alleged high rate of absenteeism, balancing their reporting with two paragraphs from the Amalgamated Transit Union, which disputed the claim.

The barrage of anti-union sentiment permeates every corner of the newspaper. Columnist Chuck Nevius checked in on July 3 informing us that the Service Employees International Union (SEIU) had overplayed its hand.  That same day, the Chron’s political reporter Carla Marinucci wrote a flattering profile of BART GM Grace Crunican, sharing kudos Crunican has won for her hard-line stance in BART negotiations.

At least the Chron’s “freelance” political columnist and former Mayor Willie Brown threw a bone to the organized labor.  He suggested that labor unions needed to work on their PR and should “coach Little League or start a Toy Drive.”

Where Are All the PR Consultants?

I have news for Mayor Brown.  Union members do all of this. What they don’t have is high-priced PR consultants walking them through all the possible scenarios of fallout from a strike and laying the groundwork for building media support for their point of view.

Labor unions are outgunned and outspent every single day by the opposition. In the case of the BART labor conflict, BART management has a generous allowance of public money with which to take a hard line stance against the unions.

Union leaders are so busy reacting and putting out fires, we don’t have the luxury of preparing for a crisis. We juggle grievances, work site issues, contract and jurisdictional disputes, negotiations, arbitrations and seek employment for our union members on a daily basis.

Even when we do turn to communications experts for help, they’re often scooped up by the opposition who has more resources to compensate them.

This actually happened to me as Business Manager for the International Alliance of Theatrical Stage Employees (IATSE), Local 16. I called an old PR friend in the middle of a crisis who told me he already was on retainer with the employer.

Somehow, some way, labor unions have to find the resources to communicate better. Fortunately, social media has become the great leveler, allowing unions like SEIU and the Amalgamated Transit Union to get their message out, albeit to the “choir.”

As for the Chronicle reporters, some of these folks are part of the Newspaper Guild, which has been in drawn-out labor negotiations with the Hearst Corporation. Key issues include dramatically higher health care costs, which would result in a net loss of income even with a proposed 1.5 percent annual pay increase. Ironically, our BART brothers and sisters are facing similar issues.

Instead of feeling envious, I suggest that as union members, we support one another.  United we stand, divided we fall.

How to Manager Employer Disputes and Duplicity