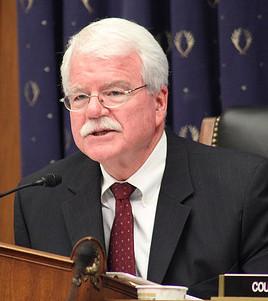 There’s a terrific article that ran in Monday’s San Francisco Chronicle about Representative George Miller of Martinez, Calif., a 40-year veteran of Congress getting set to retire. My favorite George Miller quote:

“I really never thought about disliking somebody because they disagreed with me. The disagreements are there, but they block you from other avenues.”

There are plenty of employers with whom I’ve had lengthy disagreements. Believe it or not, I still find a way to like them or at least find common ground and compromise.

One employer and I fight like cats and dogs. But when I ran for public office, he made one of the first donations to my campaign. Maybe he wanted to get rid of me? Still, I respect him for running a small business and paying union wages and benefits.

Now if an employer is dishonest or lies, that’s a different story. That’s not a disagreement. That’s a character flaw I don’t respect.

The point is you can’t let your opinion of someone get in the way of an agreement. You must forge ahead and figure out where you where you can get something…and give a little bit in return.

When possible, I choose to stand my ground with health care and pension benefits. A little extra in the wage package is nice, but comprehensive health care coverage and a guaranteed pension protect your workforce from future economic uncertainties.

At least that’s the hope. The city of Detroit’s retirees absorbed a 4.5 percent cut to their monthly distributions as part of the city’s bankruptcy settlement. On the other hand, Detroit’s retirees still have benefits, which many older Americans astonishingly lack.

I’m saddened to see George Miller retire from Congress, as there are few representatives today who practice the art of compromise. I wish Congressman Miller well for he has certainly earned his retirement years and his pension. He has advocated for labor, the disabled and for the environment – three areas that Congress historically has underserved.

Compromise drives national, state and civic legislation. When people aren’t willing to bend like the current majority in Congress, nothing happens. Even our forefathers compromised to reach agreement on the Declaration of Independence and the U.S. Constitution.

Learning to compromise is not giving in. It’s finding your way to an agreement that will keep your members employed and protected. You may not get everything you want, but it doesn’t mean you haven’t been successful.

With each new negotiation, just keep chipping away.